UPDATE – This was a failed experiment.  I think it will be easier to live blog while I’m traveling solo and not when I’m hanging out with my brother that I only see a couple of times per year.  I just don’t want to be rude and waste my time on the phone.

My brother just flew in from New York. I live in Los Angeles and he’s been here plenty of times.

Instead of hanging out around here and doing what we least do we decided to just go a little south and be semi-local tourists San Diego.

I’m going to try something new and travel blog in real-time with updates along the way. If anyone happens to be reading this while I’m down there please leave some comments below with tips or ideas of what to do in San Diego for 3 days.

I’m still stuck in the office and he landed at LAX about an hour ago. I sent him off to get a great seafood meal at Connie and Teds in West Hollywood whole I finish up at the office.

Traffic getting out of LA was the typical nightmare. It took about 3 and a half hours without stops to get here.

We just got to the Airbnb in Santa Monica. It’s a pretty good location and a nice place. There is some yelling down the road so I think we’ll take a walk down to see what’s going on around here. I forgot about the cooler San Diego nights so luckily I grabbed a hoodie on my way out the door earlier.

It’s a pretty strange thing being able to peer into everyone’s giant windows on the beach. It’s like looking at animals in a zoo. We’re not exactly staring but people are five feet away behind huge panes of glass.

We’re both doing the keto diet right now and trying to go as long as we can without carbs so avoiding tacos was tough. After a couple of hours we stopped at a New Zealand bar for some food since we saw a table full of crawfish.

Apparently there is an annual all-you-can-eat crawfish event at this bar. We missed it by an hour. We also missed the presales by a few weeks.

This real-time travel blogging thing is turning out to be pretty difficult. I feel like it’ll be easier when traveling solo so I don’t feel like I’m on my phone ignoring someone.

Today we slept in pretty late and went down to Tijuana. It was pretty easy to get down there once we were in San Diego proper.

All you need to do to get to the Mexican border is take the trolley from downtown San Diego. It only costs $5 for a day pass that you can use for a return trip. You also don’t have to worry about finding parking near the border.

Crossing the border into TJ took no time at all. It took longer to walk through everything than it did to stand in line.

When you cross the border it’s a little confusing what to do next. I also was nervous about jumping into any of the vans to go downtown or getting in a taxi after all of the warnings I read.

Luckily we made the right move and just turned right to go over the bridge towards downtown to Tijuana.

My immediate impression was somehow being overwhelmed while being underwhelmed. It felt unsafe and like a ghost town that people were walking around in.

It was sad to look at the area as a whole. It looks as if 40 or 50 years ago there was a fun and welcoming scene. The first area was a big square with a statue in the middle and all I could think was that this is what it would look like after an apocalypse.

I feel bad speaking ill of an area but something went wrong in Tijuana sometime. I’m sure most of the people living there would prefer the buildings updated and the caved-in roofs not be left as a shadow of what was.

The people are living there and there is definitely an energy in the city. It fades quickly though when you see a 6 year old riding their bike in front of a sex costume shop.

Everything is set up for tourists and tourists with vices. There were more pharmacias than anything else. The locals are peddling prescription medicines that you can get over the counter. That’s great for people who need the medicine and can’t afford it back home or can’t get access to it.

It’s also a shame because most of it is apparently fake and it’s hard to tell. There is also a problem with Americans picking up drugs to fuel their addictions to opiates and other harmful pills.

We walked around a bit more and ended up in the red light district area. It was sad seeing all of the street prostitutes with miserable looks on their faces.

The men outside of the clubs were really pushy trying to get us into the clubs as well.

We were hoping to get some food in Tijuana but a couple of miles walking around was all we needed. I left Tijuana feeling bad for the people that have harsh lives there. It was a really short trip that makes you think about how good you might have it back home.

This site uses Akismet to reduce spam. Learn how your comment data is processed. 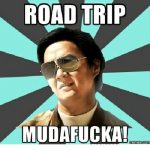 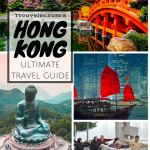 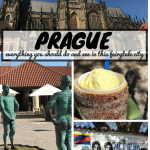 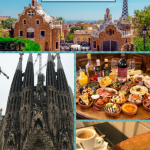 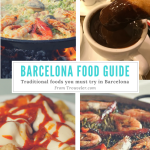 What to Eat in Barcelona – Classic Food Guide45 Total Shares

I am a participant in the Amazon Services LLC Associates Program, an affiliate advertising program designed to provide a means to earn fees by linking to Amazon.com and affiliated sites.